For years I have wondered just what model of black MG saloon my father had owned around 1949-51, and whether it was still on the road. All I could remember was that the previous owner, and probably it’s first, had been the Mayor of Croydon and my father sold it on to a Scottish MG enthusiast somewhere around Edinburgh. To this end, via their website, I had recently contacted the SVW Register within the MGCC and sent some old black & white pictures taken when we had it to see if they had any record of our old car - EBY 810. 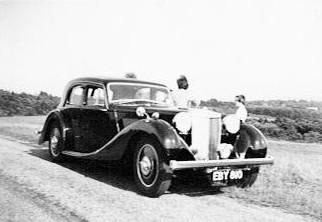 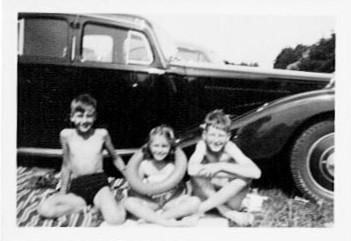 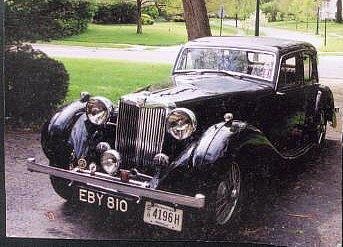 Here she is today 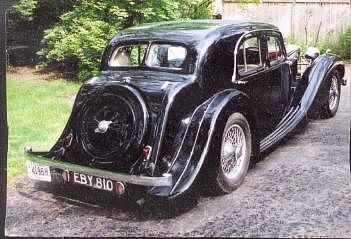 A Gary Perry came back to me with the following information: “EBY 810 - is an MG SA, which left the factory 8th Nov 1938 and was first registered 1st April 1939. It was a black saloon with original engine of QPHG3134, however for some reason this was changed by the factory to QPHG3176. The chassis number was SA2845 and was 2,596th SA built out of 2,761. The car survives and is currently owned by William Henry in the USA, Tel 001614…… We have no idea of its current condition. We do not have any details of previous owners so the name of your father would be appreciated along with roughly when he owned it.”

A pretty thorough record after all those years! A pretty thorough record after all those years! Eventually, at the end of last year, I got hold of William Henry on the phone, of course he turned out to be a “Bill”. Email addresses and photos were exchanged and we have been emailing ever since… Personally I was thrilled to see photos of our old “EBYie” still looking ‘as new’! I discovered he lives in Ohio, having owned a TD and a TC and spent many years selling MGAs, MGBs and later Jaguars, when they had an MG agency, getting awards for selling more MGs than any other dealer in Ohio. The agency was sold in 1975. It turned out he had never known any history of EBY810 prior to it being purchased from a Scottish Museum, which apparently only had it for a short time and who had said they had bought it from an ‘old fellow’

Bill bought the car in June 75 from a William Tompkins of Dayton, Ohio with about 60,000. Tompkins had bought it from the museum in Edinburgh, but hadn’t put many miles on it.

Apparently Bill first discovered the car at the back of a yard being allowed to rot away and he just had to save it. He has now restored the car to an excellent standard. This SA was very nearly a gonna though… When it had just been sandblasted for it’s second re-spray in his ownership, the body shop, where it was to be sprayed - caught fire! Luckily it was in a room with a fire door and it closed. The bare parts rusted and everything was “smoked”. It had to be re-blasted and took years to get rid of the smell. Apparently it has been a ‘labor’ of love, and to date has won several shows and gets lots of attention. Bill adds – “we were thinking of a bumper sticker, ‘I never knew MG made a car this big.’ Almost everyone says this when they see it.” Apparently they have MG clubs around with over 300 members too.

Bill also has a midget he ‘put together’, his daughter-in-law has a B painted like the union jack. Since 1951, he has also owned a 1912 Ford T touring and is only the second owner 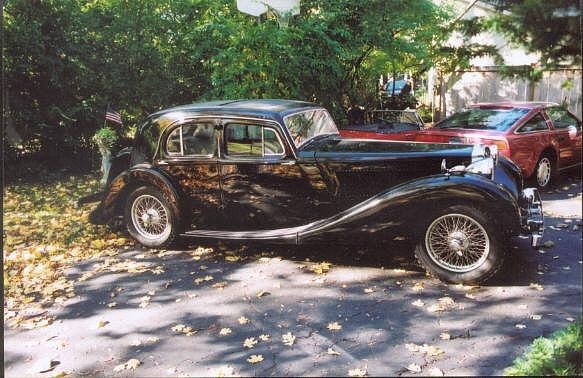